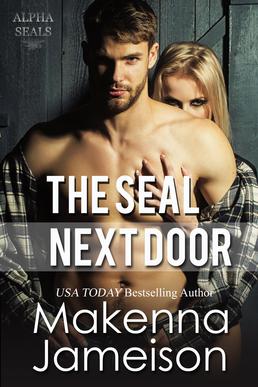 Rule #1. You don’t chase after your best friend’s sister…

Brianna Miller’s life is in complete chaos. She’s moonlighting as a cocktail waitress after getting laid off, her older brother was seriously injured in Afghanistan, and the man she’s pined for since she was a teenager is back in her life, hotter than hell and more tempting than ever.

Navy SEAL Matthew “Gator” Murphy has only one goal when he returns to Pensacola, Florida for a long weekend—to welcome his best friend home and then get the hell out of there.  There’s no way he can face his buddy’s injuries, not when he was the one who convinced him to enlist in the Navy in the first place.

When a gorgeous blonde waitress catches his eye, the last woman he expects to see is Brianna, his best friend’s younger sister.  The chemistry between them sizzles as Matthew tries to stay away from temptation, but sometimes a raging inferno begins with only a spark.

The SEAL Next Door, a stand-alone novel, is book five in the addictive Alpha SEALs series.