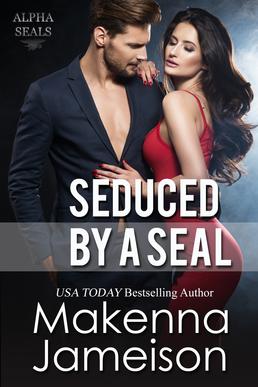 Sleeping with the enemy never felt so right…

When Navy SEAL Colton “C-4” Ferguson’s flight gets grounded in Miami, he’ll stop at nothing to get the gorgeous brunette he meets at the airport into his bed. He’s smitten from the moment her dark eyes meet his, but their steamy affair is only meant to last one night.

Camila Rodriguez never expects the American man she has a passionate night with in Miami to show up weeks later in Colombia—along with his entire Navy SEAL team.

Her father is one of the most notorious drug lords in Bogota, and when she’s kidnapped by a rival cartel, it’s Colton who rushes to her rescue.

The dangerous streets of Colombia are nowhere to start a life together—but is she willing to leave everything behind and trust the man who’s stolen her heart?

SEDUCED BY A SEAL, a standalone novel, is book ten in the sizzling Alpha SEALs series.