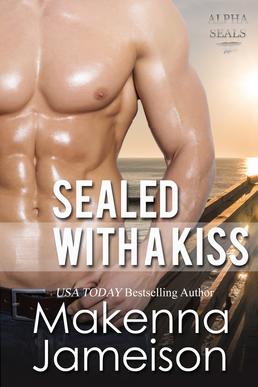 He won’t let anything stand in their way…not even her.

Alison Garrett doesn’t do relationships. Especially with a younger man.  After her heart’s been trampled on in the past, she’s reluctant to give the handsome Navy SEAL she met a shot at anything other than friendship.  A barbeque with friends, couple of beers, and rock-hard abs aren’t enough to change her mind.  Even if he does ooze sex from his pores.

Navy SEAL Evan “Flip” Jenkins is used to getting any woman he wants.  Except her.  The strawberry blonde beauty he meets at a party catches his interest, yet eludes him.  Their innocent flirting can’t conceal the way he wants her—big time.  He’s down for the thrill of a chase, but what if she doesn’t want to be caught?

When Evan’s SEAL team is dispatched on a hostage rescue mission in enemy territory, Evan is critically injured, never letting Alison know his feelings.  Will he get a chance to return to the woman he’s fallen for?  And more importantly—will she have him?

SEALed with a Kiss, a stand-alone romance, is book two in the bestselling Alpha SEALs series.