A hostage rescue gone wrong. A woman in fear of her life. And a Navy SEAL who’ll stop at nothing to save her.

Navy SEAL Ethan “Everglades” Flannigan feels an instant draw toward the woman his team is tasked with rescuing from the mountains of Afghanistan. Kidnapped and held by a terror cell, her condition is unknown. But when the innocent woman bolts from them in fear, he’ll stop at nothing to get her to safety.

Army Reservist Kimberly Turner was kidnapped after a bombing in Afghanistan. She’s been held in the mountains for nearly two months and given up hope of a rescue. When a group of armed men storm the camp and she’s held at knifepoint in the confusion, she runs. The buff and assertive Navy SEAL who chases after her won’t let any further harm come her way—but he won’t let her avoid the attraction simmering between them either.

Ethan knows Kim has been traumatized during her ordeal, but as she slowly opens up, he needs to persuade her that he’ll protect both her body and heart. When they return stateside and she slowly recovers, Kimberly realizes Ethan is the only thing she wants—but is it too late to have him? 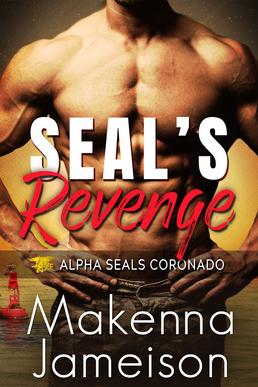