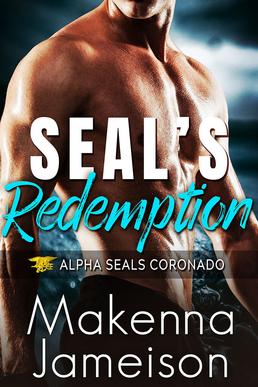 A sizzling night of passion. An obsessed stalker on the loose. And a Navy SEAL who’ll fight for the woman he wants.

Navy SEAL Logan “Hurricane” Hudson never forgot the gorgeous brunette from last summer. One kiss left her memory emblazoned in his mind—and her storming off in anger. When their paths cross again, he comes to her aid—and gives her a night that will change their lives forever.

Bakery owner Harper Greenwell knows she’s playing with fire, but a night with the handsome SEAL was supposed to be only that—one night. She’s got a business to run and no time for a major flirt like Logan—no matter how tempting his muscles and cocky smile may be.

When vandalism to her property escalates to dangerous threats, Harper discovers a crazed stalker is after her. But she also has a secret that changes everything, and Logan will do anything to keep her safe. Can he rescue her from danger and convince Harper he’ll be the man she deserves?