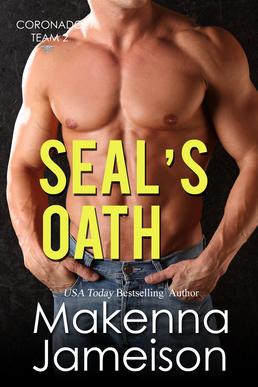 She’s afraid to trust again, but he’ll battle for her heart…

Navy SEAL Rob “Slinger” McPherson has been attracted to the gorgeous blonde in their group of friends since the moment they met. She makes all his protective instincts rise, and while his body takes notice anytime she’s near, it’s their instant connection that has him hooked.

Cassie Miller has a secret. Hurt by a man she barely knew, she’s only half living her life, afraid to tell anyone the truth. The buff Navy SEAL she met through friends makes her feel safe and sends her heart racing, but she’s scared to let herself fall for him—or tell him the details of her past.

When the man who harmed Cassie threatens her, the truth comes pouring out. Rob will stand at her side, putting his career on the line to keep her safe, but can he also win her heart?