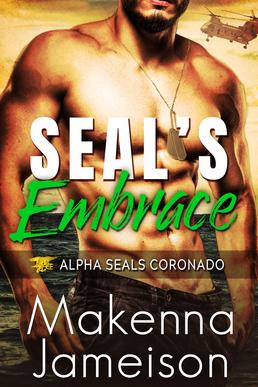 He’s rescued people all over the world…but she’s the only one he can’t forget.

Department of Defense admin Hailey Fletcher never expects a suicide bomber at Bagram Airfield to cut her year-long assignment short. Nor does she expect a muscular Navy SEAL to come to her rescue. Her skin heats at his gentle touch, but it’s the smoldering way he looks at her that sends shivers racing down her spine.

Navy SEAL Grayson “Ghost” Douglass has rescued his fair share of civilians over the years, but the auburn-haired woman with piercing green eyes is the only one he can’t get out of his head. Weeks pass, and he reconnects with her in San Diego, knowing he must see if the sparks and chemistry between them can turn into something real.

Neither of them expects danger to have followed them home from Afghanistan—but the traitor from base behind the bombing knows Hailey can identify him, and he’ll stop at nothing to silence her forever.

Grayson won’t rest until he finds the man after her and until he convinces Hailey to be his once and for all.