His voice makes her knees weak, but what happens when they finally meet?

Navy SEAL Everett "Ace" Walker didn't expect an instant connection with the woman he met online. Her husky voice, sexy laugh, and witty personality made him fall—hard. But he's never even seen her. When she rushes to meet him one night, he suspects she's hiding something. Ace wants to find out all her secrets but also keep her safe.

App developer Addison Moore loves the nights online gaming with the mysterious guy she met. He's funny and a great listener, with a protective streak that makes her melt. When they finally meet in person, she realizes he's her every fantasy come to life—tall, muscular, and a Navy SEAL. Shivers race down her spine just being near him, but she can't drag Ace into the complicated mess that is her life.

When they discover that Addison's roommate is part of a sex-trafficking ring, Addison is willing to put her own life in danger to protect other women. Ace is furious and will do anything to keep her safe. But can he also convince her to be his?

SEAL's Code, a standalone novel, is book one in the sizzling Coronado Team 2 series. 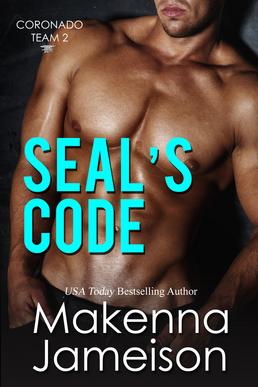