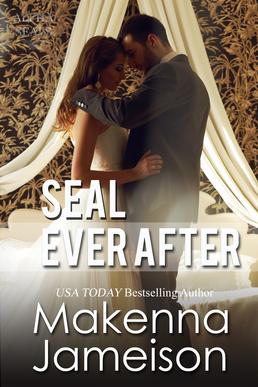 SEAL Ever After (Alpha SEALs, Book 15)

Sarah Foster’s dreams are about to come true. She’s engaged to the man she loves, moving to Virginia Beach, and planning her wedding. Just when it seems life can’t get any better, she puts her trust in the wrong person. Kidnapped and sold to a sex-trafficking ring in Mexico by men intent to get revenge on her fiancé, she’s never been so frightened and alone.

Navy SEAL Commander Ryan Mitchell is ready to make free-spirited Sarah his wife. The SEAL teams he commands are there to celebrate their wedding day, but the one person missing is the bride herself. Although she’s exactly the type to be late to her own wedding, Ryan immediately knows something is wrong.

When the men begin retracing her steps, they discover sinister clues that she hasn’t been dealing with who she thought. Ryan will stop at nothing to track her down. He’ll risk his career to join his men on a dangerous operation to save her. But will he make it in time for their own happily-ever-after?

SEAL Ever After, a standalone novel, is book fifteen in the addictive Alpha SEALs series.