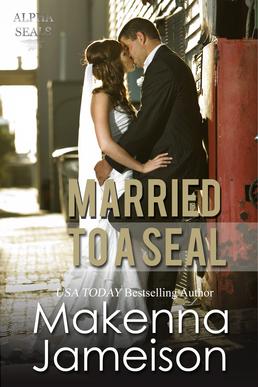 Everything can change in a heartbeat…

Navy SEAL Patrick “Ice” Foster has devoted his life to the Navy, but when he met attorney Rebecca Mayes a year ago, she and her daughter instantly stole his heart. A surprise pregnancy means big changes are coming in their lives—and neither of them could be happier.

When Patrick’s SEAL team is sent on a rescue mission to Afghanistan, an explosion changes everything in an instant. Patrick is gravely injured, and Rebecca doesn’t know if he’ll survive—or that he’s already bought her a ring.

Patrick will do anything to make it back to Rebecca. But will the future they dreamed of never even have a chance to start?

MARRIED TO A SEAL is book nine in the unforgettable Alpha SEALs series!