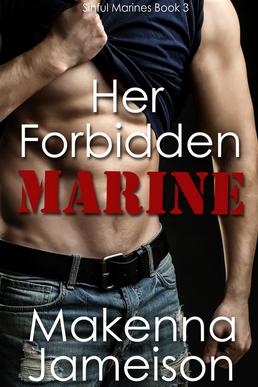 Marine Corps Captain Matt Beckett is in hell. Trying to move on with his life after his convoy was ambushed a year ago in Afghanistan, resulting in the death of his best friend, there’s nothing more he’d love to do than lose himself in the arms of the woman he’s loved from afar for years.

Too bad she’s the one woman he can never have.

Becky Ford has finally moved on after her fiancé was killed in a roadside ambush last year. She’s finishing up her Ph.D. in Biology and wants to graduate, land a job, and eventually fall in love again.

Unfortunately, none of the guys she’s dated hold a candle to her former love’s best friend—but he can’t stand to even be in the same room as her.

Becky never felt so protected and safe as when Matt pulled her into his muscular arms one night. But he made it perfectly clear in the past that they’re not even friends. Can they overcome their shared past to find a future together?

Her Forbidden Marine, a standalone novel, is book three in the Sinful Marines series.